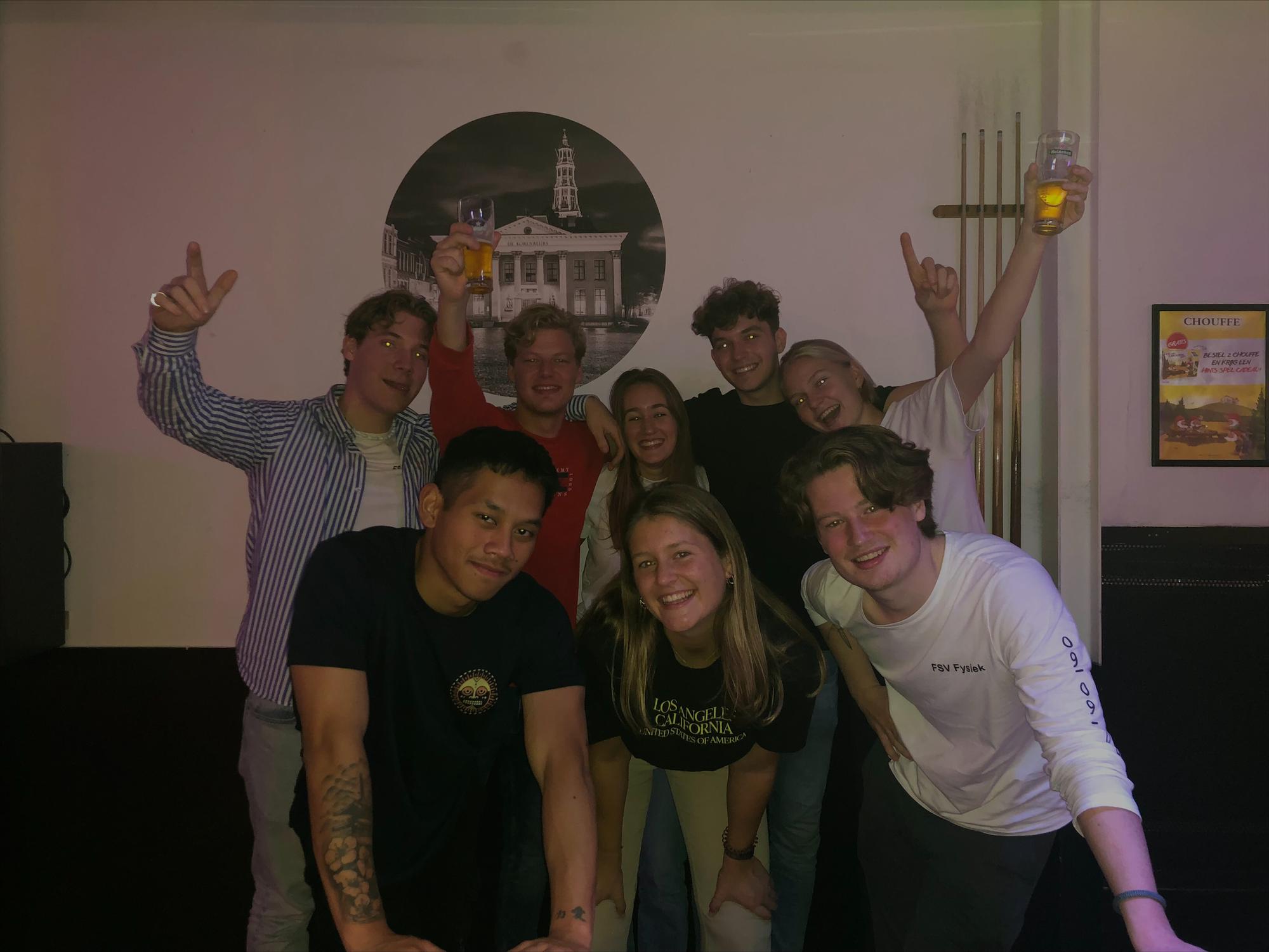 We’ll start with Linde, our Chairman. This is her first year as an active member, and she’s
already chairman; board how did this happen? She is a responsible Chairman, but it isn’t
easy to keep a committee with 5 guys under control. On the first night that we met each
other, she had a little too much to drink, and she needed to be carried to Britt’s (board). This
way she made it hard for the rest to keep up with her!
Besides that, we are very happy with our chefcook! But she is homeless in Groningen, so can
she sleep at you place tonight? ;)

Marene is our Vice chairman, even though you can’t notice, because she doesn’t do anything
about it. besides this function, she’s also got the title “Sjaak Afhaak”. She is the sweetest
from all of us. In last years piece, they said she can’t trek a bak, but now she most definetly
can!

Noor is our spineless secretary. She gets drunk after 3 beers. She is a vegetarian, but she
says that a late night snack doesn’t count. She is a member of Gyas, but she is almost never
there, and still hasn’t learn how to trek a bak. Noor is nice sometimes, and she has a smiley
on her knee.

King bakkentrek!! Splinter is our ALB-coördinator and is going to make sure that we will win
the ALB. He sleepwalks around Groningen in his underwear, and ends up in his roommates
bed. There is a rivalry between Splontor and Heggo with football, but splinter is losing. P.S.
Dont leave your bra at his house, because he will throw it away.

Our favourite international member of Fysiek, and also our English coördinator. Kris never
goes out wit us, and still needs to learn how to trek een bak. He also can’t tell the difference
between twins. His goal fort his year is to learn dutch and to trek een bak!

Hugo is the slut of our committee, especially within Fysiek. Hugo is our number 2 bakken
trekker. He wins from Splinter with football. Hugo doesn’t want to do shit this year. He is
also our Any coordinator, so watch out, before you know it you have to trek een bak. And
last but not least, he was a board member last year. Even tho hes not planning to do
anything this year.

Arnaud is our oldest member, you can almost call him a grandpa. He can be found on the
hockeyfield in the weekend. He lives in the notorious ‘huize mossel’. He was a boardmember
last year, so he makes sure the AkCie doesnt get into trouble this year.